TNPSC Group 2 Preliminary Exam Result with in Two Months - Informed by TNPSC Chairman on 26-07-2015.
TNPSC Group 2 Interview Posts Exam notification was published on 30-04-2015 for filling up of 1241 posts. The Preliminary exam was conducted on 26-07-2015. Candidates will be called in 1:10 ratio for the Group 2 Main Examination. So there will be about 13000 candidates will be called for Main examination. ( 10 candidates for 1 post)

General Tamil and General English Answerkeys will be updated soon.

The Official Answer Key for TNPSC Group 2 will be published with in 2-3 days.
TNPSC Group 2 2015 Question Analysis (General Knowlege) 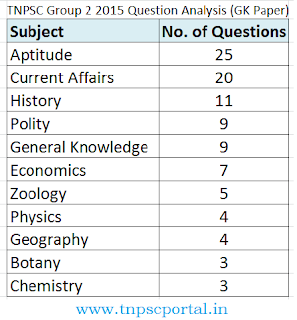 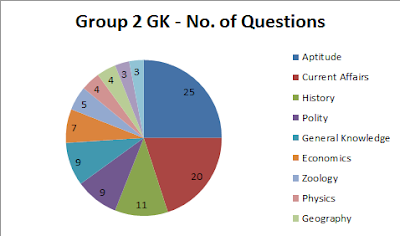 After Checking the TNPSC Group 2 Answer Keys , fill this form and help us to predict the expected group 2 cutoff marks.
Dear friends, share your total number of correct questions (GK+GE/GT) with your community and gender in the comment area of this post . So that all candidates can get a view about the cut off trend this year.
View the Responses till now

All news about TNPSC Group 2 Interview Posts Preliminary Examination Result date will be updated immediately in this page.