Click G+ to Inform this article to your friends


From the responses received till now, we have calculated the Group 1 2015 expected cut off marks as follows.

***TNPSC Group 1 Exam 2015 Cut off is given in Number of Correct Questions with the TNPSC Official Answerkey.  ***

We thank all TNPSCPortal visitors for your  feed back after writing the Group 1 Prelims exam. Our Cut off prediction is almost near to the recent Group 1 results. For example, for BC candidates we gave 115 +/-3 correct questions, now it become nearly 118 correct questions. All the other categories cut off also nearly same as our prediction.


Once you checked the Official Answerkey of TNPSC Group 1 exam 2015, you may fill the below form to help us to predict the TNPSC Group 1 2015 Expected Cutoff marks.

To see the responses of other visitors Click Here

TNPSC has not yet published the TNPSC Group 1 2014 Exam Official Cut off mark details in its website http://www.tnpsc.gov.in/cut-off-marks.html . But from the Group 1 2014 prelims result it is assessed that the Cut off   was around 120 +/- 2  Correct Questions for BC candidates and slightly vary for other categories.

(In the first 300 respondents) 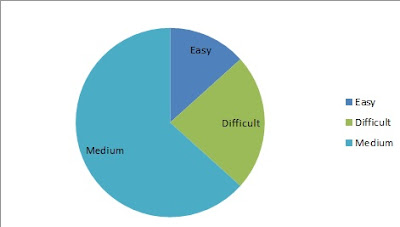 Direct Link for the Result
http://www.tnpsc.gov.in/results/sel_fin_g1p2014_seldoc.pdf


15-01-2015 : The  most awaited result of  the TNPSC Group 1 Preliminary Exam 2014 is expected to be published very soon . On 30.12.2014,  respected TNPSC Chairman hinted about the Group 1 Result Date, he informed that  TNPSC Group I Exam Result will be published with in two weeks. So now the two weeks are already over and the results may be published any time in this week. All the best !

17-11-2014 :  TNPSC Group 1 Exam Results are expected to be published in the month of December 2014. Though there is no official notice from TNPSC regarding the Group 1 Results, we can expect this based on TNPSC Chairman's press meet speech on 08-11-2014. During his visit to the Group 2 Mains Exam Centres, the TNPSC Chairman has informed the media persons that, the TNPSC VAO Exam 2014 Results will be published with in three or four weeks and all other exam results may be published following that. So most probably, the Gr 1 Prelims Exam also expected in the first week of December 2014. I advise all TNPSC Group 1 Exam aspirants, if you are confident enough with your cut off in the Group 1 Preliminary Exam, start your preparation for the Group 1 Mains Exam from now itself. All the best !

TNPSC  Group 1 Exam Official Answer Key Issued Check Soon.  in the TNPSC official website. The result of this year Group 1 Exam is expected to be published in the month of November or December 2014.

TNPSC Group 1 Official Key is 10 MP  ( very difficult to download if you have slow internet connection)  You can download Compressed and Low Resolution File of Only 3 MP pdf .

Go to the following link >>> File>>>Download

Note : This cut off will be revised after the TNPSC's Official Answer Key release with more respondents. This is just an assumption based on responses received from TNPSCPortal visitors, the original cut off may slightly vary from the above.

How to Prepare for TNPSC Group 1 Mains Exam ?

Exam Pattern and Scheme of Examination for Group Mains Exam

1. Modern history of India and Indian culture
2. General Mental Ability
3. Role and impact of science and technology in the development of India and Tamil Nadu

1. Indian polity and emerging political trends across the world affecting India and Geography of India.
2. Tamil Society, its culture and heritage / English language skills
3. Administration of Union and States with special reference to Tamil Nadu